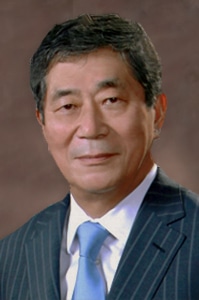 Dr. Hoo Geun Chun is an ABIM certified medical oncologist. He has been a faculty in the Department of Medicine, New York Medical College, Valhalla, NY since 1990.

Dr. Chun also served as the Director of Solid Tumor Services, Department of Medicine, Westchester Medical Center, Valhalla, NY until January 2009. In February 2009, with the invitation from Catholic Medical Center, he was relocated to Seoul, Korea and established the Catholic Comprehensive Cancer Institute (CCCI), in the newly inaugurated Seoul St. Mary’s Hospital (SSMH). The CCCI has changed the paradigm of diagnosis and treatment of various malignant disorders in Korea, with implementation of the principle of multidisciplinary team approach.

Dr. Chun had internal medicine residency in Southern Illinois University Hospitals and fellowship of medical oncology and hematology at Memorial Sloan-Kettering Cancer Center. He served as a Senior Investigator at National Cancer Institute, NIH, Bethesda, MD for 6 years. In addition, Dr. Chun has been actively involved in educational activities for medical students, interns, residents and oncology fellows as well as CME activities in medical communities of both USA and Korea for last > 25 years. Furthermore, as a medical oncologist and a clinical investigator, he has actively participated into numerous clinical trials in solid tumors as a principal investigator or subinvestigator, during his tenure in both USA and Korea. His primary research interest has been focused in the area of GI malignancies including cancers of colon & rectum, stomach, pancreas and liver. He has written several chapters in textbooks and has published more than 200 articles and abstracts. He has served as a reviewer for many periodicals including Cancer Treatment Reports, Journal of National Cancer Institute, Journal of Clinical Oncology, Cancer Research, etc. He has made numerous scientific presentations and lectures in USA, Korea and abroad. He had also involved in activities of academic societies and governmental responsibilities in USA and Korea. In 2006 and 2007, he served as the President of Korean American Medical Association as well.